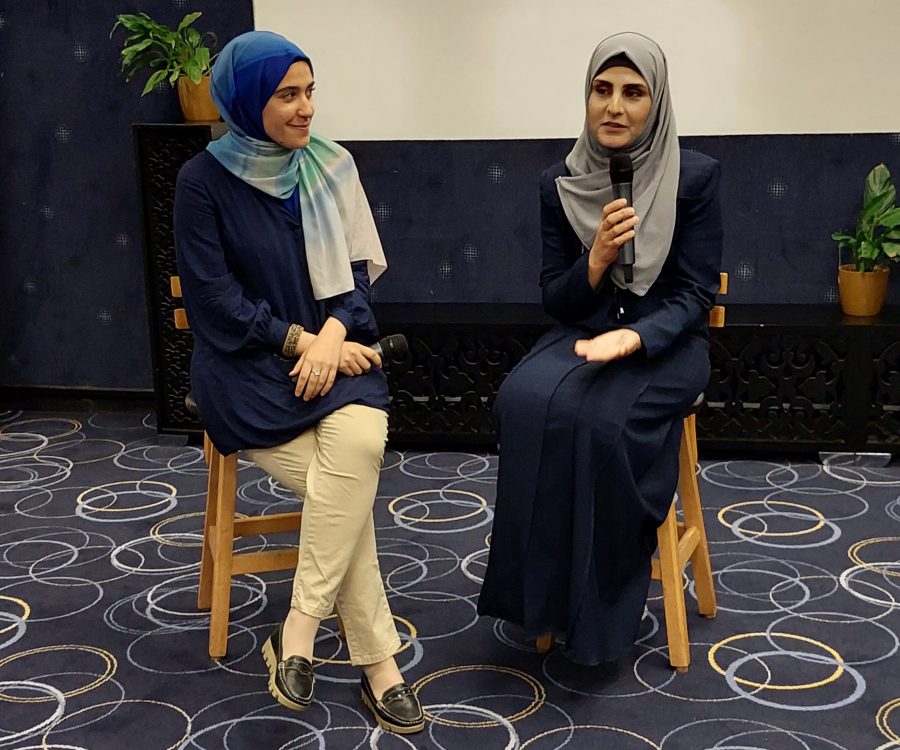 Yesterday, a special screening of the film “The Story of the Neighborhood” was held at Shoman Cinema in Jabal Amman, in the presence of a large number of intellectuals, non-profit organizations representatives, and reading ambassadors.

Presented by the UAE Big Heart Organization, produced by Home Storytellers, and directed by Alejandra Alcala, the film has won a number of international awards, including the Mountain Film Women’s Film Award and the Toronto Women’s Film Festival Award, and has been chosen to be screened in several international festivals.

After the screening, a discussion session was held to discuss the film, where Asma said, “Since 2016, I have been selecting a group of girls each year to include them in the reading program.”

She also stressed that despite her desire to emigrate, she will establish an institution to help the girls in the camp and remain interested in making a positive change in their lives after her travels.

In another context, Asma expressed her gratitude to her husband, who helped her and was so supportive during her journey as a reading ambassador.

Ghufran Abu Dayyeh, one of the film’s producers, said, “Transporting the reality as it is without prejudice is very difficult, but Asmaa’s contribution by the writing of her diaries for 30 continuous days helped them convey a true picture that touches the reality that Asma and the characters of the film lived in that period.”

During the opening speech, Dr. Rana Dajani said: “We are proud of Asmaa and we learn from her and she is an inspiration to all of us.” She also thanked the Abdul Hameed Shoman Foundation, the Big Heart Foundation, HomeStorytellers, and the We Love Reading team through which Asmaa was able to discover herself.

As one of the attendees said: “Asma gave us hope that you can innovate and that we must go back to remember what we’ve always wished to achieve, and gave me hope that I could make a change.”