a Story from Iran : Reading for Fun is the Key 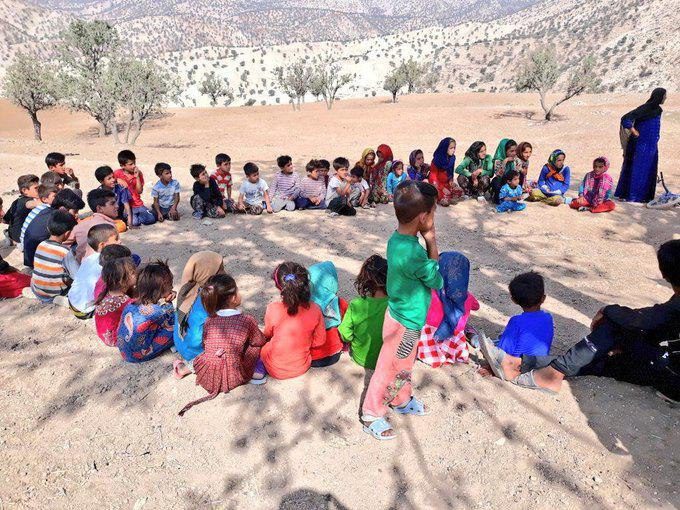 In 2013, I used to live in Qom. I already had a degree in Sociology and a master in Mysticism and Sufism. In that time while I was still studying traditional school of theology, I started to work as a researcher. But this job didn’t satisfy me because it didn’t have enough influence. In the meantime, my father was sick and asked me to move to my hometown, Dehdasht. I moved there and I found my first job as Imam of the mosque in a poor neighborhood which is also the center of drug activity and other problems. As the usual program of a mosque didn’t address my personal concerns, I had to do something more.

Our province is a really deprived area and I believe that the key to changing this situation is knowledge and ability. As I had already had the experience of reading aloud for my son and our neighbours’ kids, I chose reading aloud for children as the fisrt step. So I started reading aloud and doing other activities like children theater in the mosque. With some of my friends, we also started some monthly trips to small villages. Each of us was doing one useful activity for the kids and I was reading aloud. In the meantime, I was also doing other things such as part-time teaching in university and high schools, and going on trips with my friends. But I didn’t find the environment of universities and high schools suitable for developing reading culture. So I left them and concentrated on early childhood. After a while I also left the mosque. So I started a writing class in my son’s school. I also continued my activities in the mosque. More than reading aloud activities, we had also story writing and theater groups.

As I saw the importance of activities in small villages, I increased the number of trips to villages to twice a month and then once a week. In the meantime, I had problems in the mosque. There were some protests on behalf of old people that it is a mosque not a kindergarten! So I left the mosque and started a daily trip to villages in afternoon. Before and I hope after this pandemic I have this fixed schedule. I teach in the school of theology as a professor. And between my classes I do some activities in nearby schools. Then in the afternoon, I go on trips to nearby villages and in the weekends and summer I go to far villages.