Asma We Love Reading Ambassador has become a social entrepreneur. 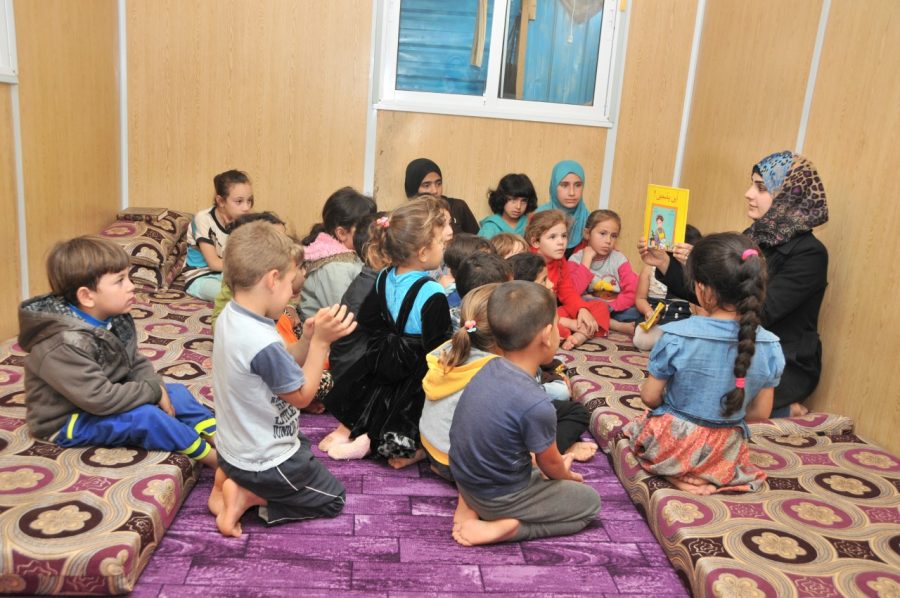 Asma refugee from zaatri camp she was married at 16 did not finish school moved to Jordan during the Syrian crisis with two children and her husband.

She just had a miscarriage and was depressed. In 2014 Asma learned of the WLR training and attended the two day training and started reading in her neighbourhood. Asma continued reading aloud to the children in her neighbourhood regaining her positivity and building her resilience. Reading to the children gave her a sense of ownership and agency that she can do things on her own. In 2015 She had confidence in herself and started writing her own stories and was offered to write regularly in the  monthly Zaatri magazine. later in 2016 she was offered a job by Save the children to be a teacher. She was surprised because she had not finished school. But they told her that she was capable of taking care of the children and engaging them with reading and making learning fun. This boosted her confidence even more.

She felt inspired to do more. She was going beyond herself to thinking of herself as a catalyst for others. In 2017 Asma started training young teenager girls on reading aloud so that they could also start reading aloud to children in their neighborhoods.

Today with the Covid 19 crisis looming over the world, Asma is in lockdown in the zaatri camp to protect the refuges from the spread of the virus.  There are zero cases today in zaatri camp because of the early response of the government and the smart actions of containment of the health sector.  Therefore Asma has been able with the girls she trained to continue reading aloud to the children with in the neigbourhood in the caravans where they are allowed to meet because of lack of cases.  They have been able to keep the children engaged with reading and therefore learning despite school closure because the teachers come from outside the camp.  Asma’s spirit of initiative went up another notch feeling responsible for her community as a whole taking the next step of social entrepreneurship Asma went beyond and started a campaign to gather funds to support initiatives during Covid 19.

Asma started as a person who reads aloud in her neighborhood and has evolved into a full blown social entrepreneur in her community.