Asmaa Al-Rashed: From the darkness of war to entrepreneurship. 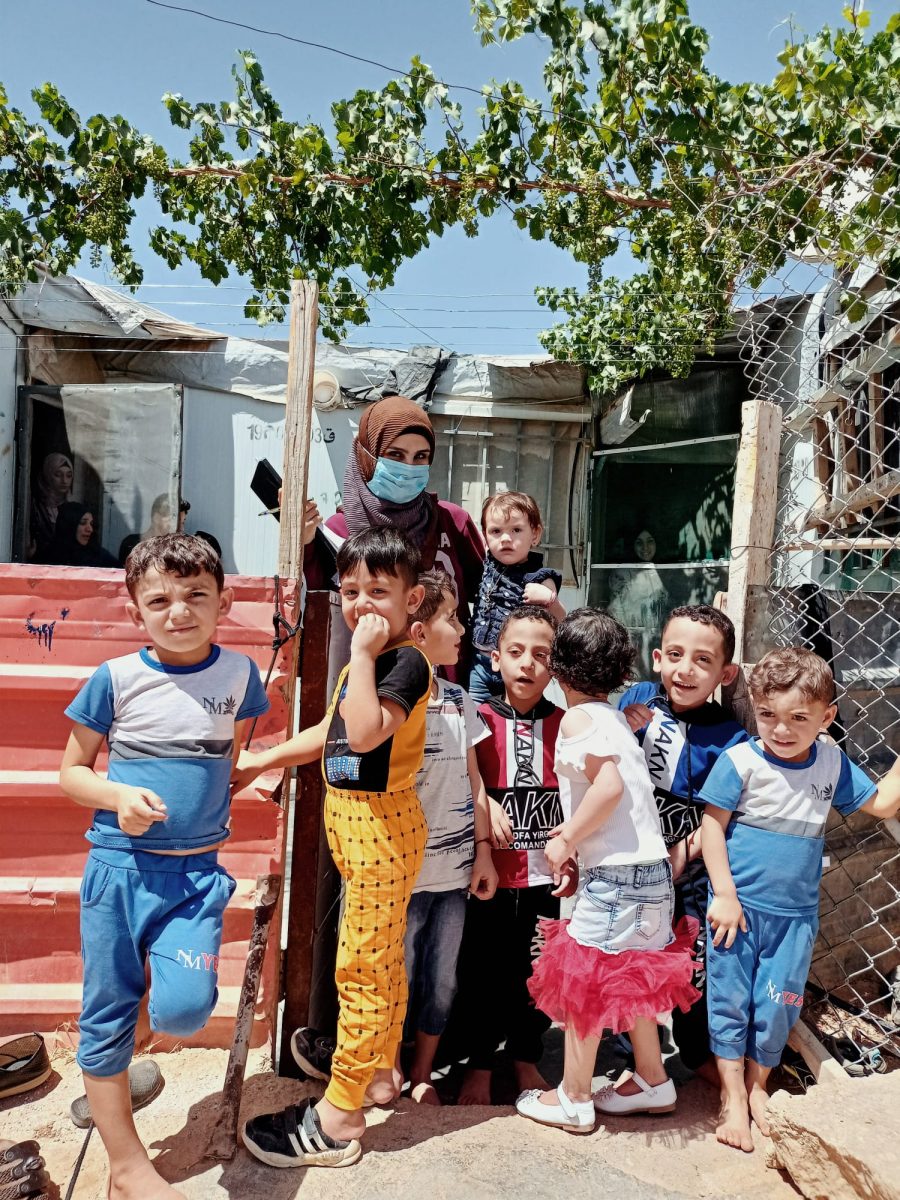 “What future are you looking forward to?” Her face lit up with a small smile, and she said: “I look forward to the future in which I will return to live in our little house in Syria”. This is how Waad, an 18-year-old girl from Zaatari camp, said in an interview about her experience of living in the camp.

Home Storytellers Organization from Mexico has documented the life of an ambassador of the We Love Reading program “Asma al-Rashid” at the camp as she has become a community entrepreneur and known both at the camp and the world.

HOME Storytellers Organization creates inspiring refugee stories around the world and highlights them to bring the voice of people who have experienced displacement to become decision makers, but creatively by making documentaries about their lives.

The Great Heart Foundation has funded them to find a story from the Arab world to document and they, in turn, found the We Love Reading program, and after several meetings, we agreed to document the story of Asma al-Rashid, which greatly illustrates the impact of our program on the ambassador of reading, children and the surrounding community.

Like all Syrian refugees, Asma and her family suffered from the darkness of war, coming from Daraa at the beginning of the events where regime forces were bombing their town. She left after a long struggle and told us, describing her arrival at the border: “When we passed the borders, I felt the safety that I have missed for a long time. A lot of people gathered in a place to continue the road on foot. They were tired, and they scattered on the edge of the roads, some of them were asking for water to quench their thirst. People felt safe when the Jordanian army started to help them.” They arrived at the camp, where they slept in the large reception tent. Asma described that night and said:” I felt like I was just born, I could not believe that I was finally safe.” Shortly after, organizations began to work inside the camp and the conditions had improved in general.

Asma heard about a reading training in the camp, and did not know that it was the first training for We Love Reading in Zaatari. She was afraid that the trainees would not accept her because she had not completed her education, and was surprised that she was welcome. She took the training bag and felt like she owned the world. Asma described how she felt and said: “I went into the center and felt ashamed because I didn’t have a degree, but when the training started, my education didn’t matter. I was delighting in my imagination with every word Dr. Rana said during the training. It was the most beautiful day of my life. She told us that we can change ourselves by reading, and that God does not change people until they change themselves. I decided to help the children to create strong youth and build a new country, and I will not allow the life of the camp to negatively affect me or them. This training gave me subtle strength, like putting a bandage on a deep wound!”

She started reading sessions for children and was introduced to the Camp level. She began by holding other activities for children and teenage girls to read books that help them imagine a bright future and instill in them the power to change. Over time, her story began to spread around the world, inspiring other people to believe in their ability to change.

Now more than six years later, her story is documented in a two-part documentary: the part about the impact We Love Reading has on Asma and her past, and the part about Asma’s initiative to read with young girls and its impact on them. The documentary included scenes from her daily life with her children and her husband Fadi, and scenes from her sessions with young girls, reading with them a book “marked in yellow” and sharing their feelings and thoughts. Some of the girls who participated in the sessions this time were children attending her reading sessions. Asma tried to make them believe that their role in changing society is important and that their lives do not end with marriage but begin with a new phase which may start with other inseparable dreams of making the world a better place for all.

The first part of the documentary will be produced in September and the second part in November.