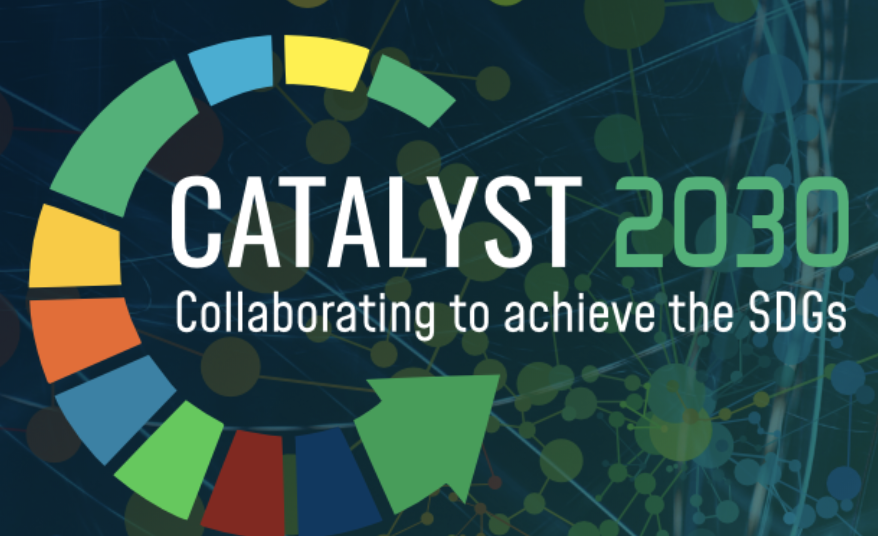 Reports indicate that at the current rate of execution, the SDGs will miss their deadline of 2030 by 64 years (2094), unleashing a disastrous world for the bottom one billion global inhabitants who are categorised as extremely poor. The timing could not be more urgent. We have a limited and crucial time horizon to act quickly, decisively and collectively.

Catalyst 2030 is a collaborative movement of leading social entrepreneurs (SE) along with funders and intermediaries from across the globe. More than 130 SE’s representing Ashoka, Echoing Green, the Schwab Foundation for Social Entrepreneurship, the Skoll Foundation and others from some of the most prestigious global networks of social entrepreneurs have joined forces to build a broad multi-stakeholder movement to change systems that underpin poverty and the destruction of ecosystems. According to surveys, this group alone is estimated to serve 800 million people globally.

Rana Dajani, founder of We Love Reading and recent Ashoka fellow commented: “We need to change mindsets to create changemakers who can create sustainable change at the grassroots”.

Dr Dajani a professor of molecular Biology also commented: “I am proud to be part of catalyst 2030. The term catalyst is so true for the social entrepreneurs who are catalyzing change all over the world”.

Jeroo Billimoria, a spokesperson and co-founder of Catalyst 2030 commented, “We are a group of ‘avant garde’ social entrepreneurs coming together with humility, but committing to a quantum leap to achieving the SDGs by the 2030 deadline.” Together, Catalyst 2030’s aim is to drive a significant dent in the climate crisis, the reduction of poverty and to leave a lasting and positive impact on the lives of many millions through systems change approaches and financing.

You can learn more here