The Neighborhood Storyteller has received the WOMEN IN FILM Award 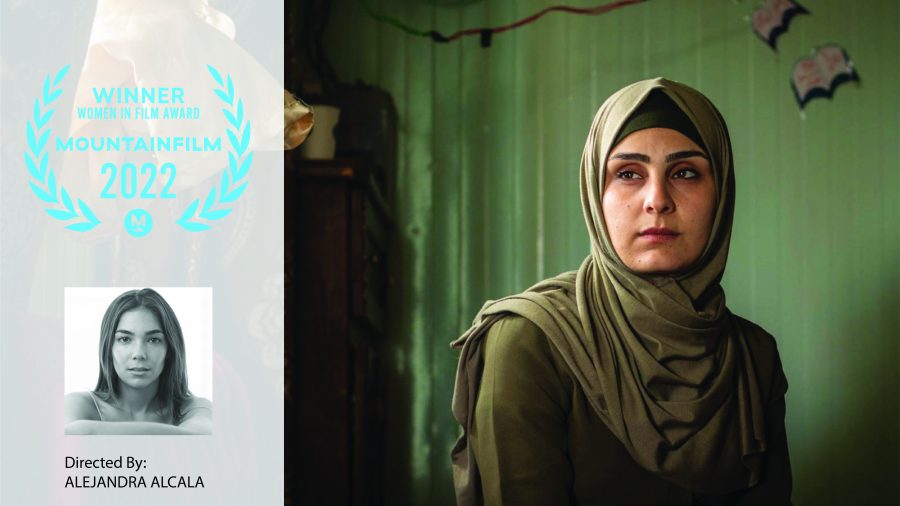 The Neighborhood Storyteller documentary which is based on the life of the We Love Reading’s ambassador Asmaa Alrashed has received the WOMEN IN FILM Award from the Mountain film festival. This award is presented to an outstanding woman in the film industry who shows excellence and indomitable spirit either in front of or behind the camera, funded by Riccarda de Eccher & Bill Goldston.

The Neighborhood Storyteller documentary was produced in 2021 and directed by Alejandra Alcala Co-Founder of HOME Storytellers, a non-profit that uses the power of film to shed light on sustainable solutions to the refugee crisis through character-driven short documentary films.

Mountainfilm takes place in the traditional homelands of the Ute peoples.

War tragically pushed Asmaa out of her home in Syria, where her destiny had been written as a wife and mother at only 16 years of age. After attending the We Love Reading training at Zaatari Camp Asmaa rebuilt her adult identity as the neighborhood storyteller and began using reading aloud to children as a bridge to tackle critical issues in her new community in Jordan’s Zaatari refugee. Six years later, with Asmaa’s firstborn daughter reaching adolescence, a flashback of her education-deprived past emerges and inspires her to embark on a new read-aloud project to empower teenage girls to build a future of opportunities she never had. Despite her complex living situation as a refugee and the community’s conservative mindset, Asmaa is determined to raise a conscious generation of successful women. The Neighborhood Storyteller is a documentary film that explores human resilience, the transition from child to adult, and one’s capacity to turn hardships into an opportunity for self-growth.

Starting in 1979, Mountainfilm is one of America’s longest-running film festivals.

Mountainfilm gives a total of 7 awards per year (Audience Choice Award, Best Documentary Feature, Best Documentary Short, Best Adventure Film, Moving Mountains Award, Women in Film, and Student Choice Award). The lineup of films that made it to the festival this year was 31 features and 97 short outstanding films.

Through the years, in and out of trends and fads, the festival has always been best described by one unchanging word: inspiring. Far more than any other adjective, that’s how festival audiences describe their experience.

This winning synchronizes with releasing of our new book for children “Mama’s Magic” which is based on the life of Asma Rashed as well and it’s available in both Arabic and English languages.

The Arabic version is written by the Palestinian writer Maya Abu Alhayat who is a Beirut-born Palestinian novelist and poet living in Jerusalem. She has published two poetry books, numerous children’s stories and three novels, including her latest No One Knows His Blood Type (Dar Al-Adab, 2013). She is the director of the Palestine Writing Workshop, an institution that seeks to encourage reading in Palestinian communities through creative writing projects and storytelling with children and teachers.

The English version is written by Amina Awad Jordanian Palestinian writer, and the book is illustrated by Eshraq Othman.

To order “Mama’s Magic” book  contact us on the following: