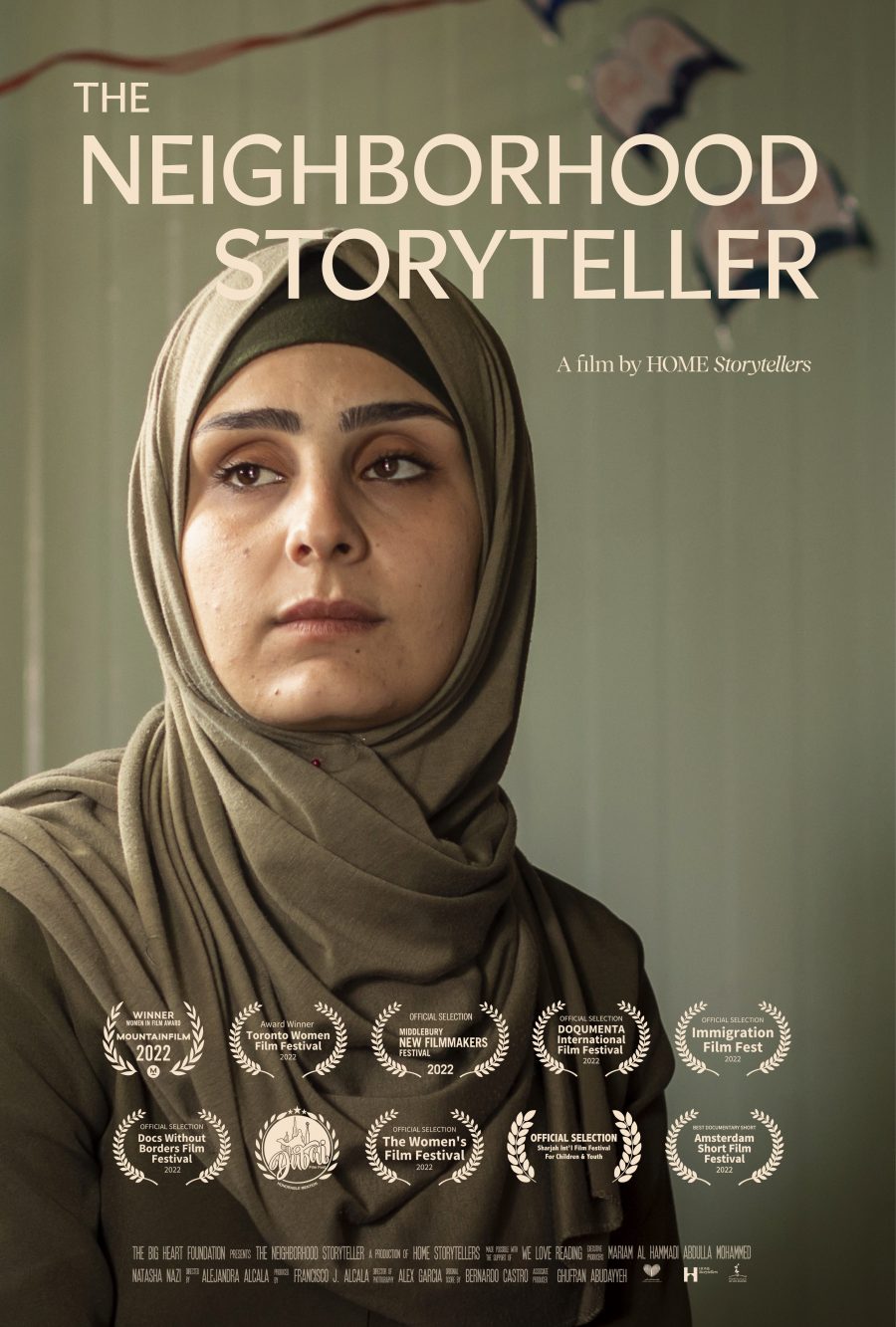 “The Neighborhood storyteller” documentary which is based on the life of the We Love Reading’s ambassador Asmaa Alrashed, has been selected for The Hague Global Cinema Festival!

The festival provides a platform for filmmakers from a variety of cultures from all over the world to showcase the challenges and issues in all spheres of life. International audience and filmmakers get a chance to watch their films and appreciate others’ cultures.

“The Neighborhood storyteller” was also selected to screen at the LA Femme International Film Festival which focuses on platforming women filmmakers, “by women, for everyone”. The Festival was created in 2005, to answer the need to enhance women behind the camera as directors, producers, and writers. It was the first women-focused festival in Los Angeles.

Presented by the UAE Big Heart Organization, produced by Home Storytellers, and directed by Alejandra Alcala, the film has won a number of international awards, including the Mountain Film Women’s Film Award and the Toronto Women’s Film Festival Award, and has been chosen to be screened in several international festivals.